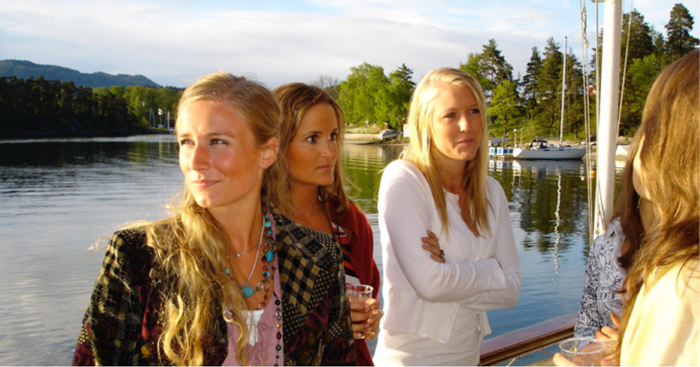 Photo: Martine (left) and friends enjoying summer by the water at her home Nesøya near Oslo

This website has been created by friends of the Norwegian student Martine Vik Magnussen who was found brutally raped and killed in London in March 2008.

Martine Vik Magnussen’s fellow student, the Yemeni billionaire son Farouk Abdulhak, was the last person seen with her, and was shortly after the murder wanted by British police. (Farouk occasionally uses his mother’s family name Beshr or Besher).

Further investigation revealed that Abdulhak had travelled to his father’s native country of Yemen immediately after Magnussen was killed, and he has since lived there under the protection of his father; Shaher Abdulhak. The Media have over the years reported that the suspects occasionally are traveling abroad.

Farouk Abdulhak is now on the list of Scotland Yard’s 12 most wanted criminals, based on his movements in the hours after the murder, as well as physical evidence found at the crime scene.

Visit Crimestoppers website for more information: https://crimestoppers-uk.org/most-wanted/most-wanted-detail/?AppealId=38985. Until now there has been limited progress as to bringing the case closer to a solution. Yemen has so far refused to meet Britain’s request for the extradition of the suspect despite the fact that the suspects had no Yemeni citizenship at the time of his arrival in Yemen in 2008 (he had an American, Syrian and Egyptian passport, while his US passport was revoked by US authorities in 2010). Being later given a Yemeni passport by Yemeni authorities this fact could represent leverage for UK, US and Norwegian authorities against Yemeni authorities for giving a known American, Egyptian and Syrian fugitive fleeing the UK a Yemeni citizenship.

The Martine case is about much more than the rape and murder of a Norwegian student in London. People lose their lives every day, but a suspect flying to a “safe haven” in another country, challenges basic ethical values regardless of culture, religion or legal system.

The murder of Martine Vik Magnussen cannot be resolved before a fair trial has been held against the suspects. So far, no British government has managed to do this. This is why Martine’s friends need your help! Together we will continue to push and influence Yemeni, British and Norwegian governments, as well as the man wanted for murder and his father, so that justice can be done.

The unsolved murder of Martine has created great enthusiasm across national borders. 150,000 people were early members of our Facebook group, 27,000 have given their signatures, and an estimated 2,000 people took part in the torchlight procession in Oslo aired worldwide on 1 December 2009.

Please continue to help us by your participation! Under the support section on this website you can read more about how you can help. Remember; this applies not only to Martine’s rights, but also your rights as well as the basic rule of law in the entire international community.

Thank you for helping.